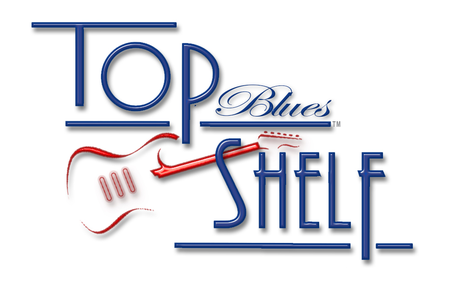 Home
About
Get There
Tickets

By TOP SHELF BLUES (other events)

A Memorial Day Weekend Blues Fest that ROCKS! Featuring Award Winning Ana Popovic. Regarded as one of the best blues players of our time. Featured on over 17 magazine covers, Ana is back on tour and coming to Destin. May 30th at Mattie Kelly Arts Foundation in Destin, FL. 3;30pm - 8:30pm.

ANA POPOVIC - Ana Popovic celebrating 20 years as a touring musician. The award-winning guitar player, singer and songwriter therefor releases 'Live for LIVE', an exciting hour and a half CD & DVD demonstrating why she's proudly looking back at a career of thousands of shows worldwide. This high-energy concert showcases not only Ana's mesmerizing guitar skills but also her fabulous band, successfully merging musical styles. Ana's passion on stage is so evident that the title sums it up, this IS what she lives for.

“It’s really hard to believe that twenty years ago, I gave up a career in graphic design, formed the Ana Popovic band, and decided to be a full-time musician. Soon after, I traveled to Memphis to record HUSH!, my first solo release,” says the hard-touring guitar slinger speaking from her home in Los Angeles. “I had big dreams back then and I still dream big today.”

LAURA VIDA - Award Winning Blues Artist Laura Vida truly represents the colors of music with the songs that she writes, sings and performs. Her rare vocal range flows seamlessly through many genres of music. Laura has co-written and sang with many Nashville legends since the early 90s, had the honor of opening for Gladys Knight. Laura is currently working on her new album Color of Music.

Laura has been seen performing multiple times with BB King, who loved her clean powerful voice. Her passion for BB King and his music resonates as she performs one of his songs in every show!

MIKE ZITO - He may be one of the most lauded artists in the contemporary blues arena today, and rightfully so, but for Mike Zito, the thing that counts the most is maintaining his honesty, authenticity and integrity. Those are the qualities that have steered Zito’s career since the beginning and continue to define every effort he’s offered since.

“I have nothing to hide; it seems my honesty is what people relate to most,” he once told Vintage Guitar magazine. “Anders (Osborne) told me early on, ‘If you don’t believe what you’re singing, you’ll never be a good singer.’ I try not to write fluff; I try to make every word count.”

other events by this organization